Clopidogrel or Ticagrelor: Why, When, for Whom? 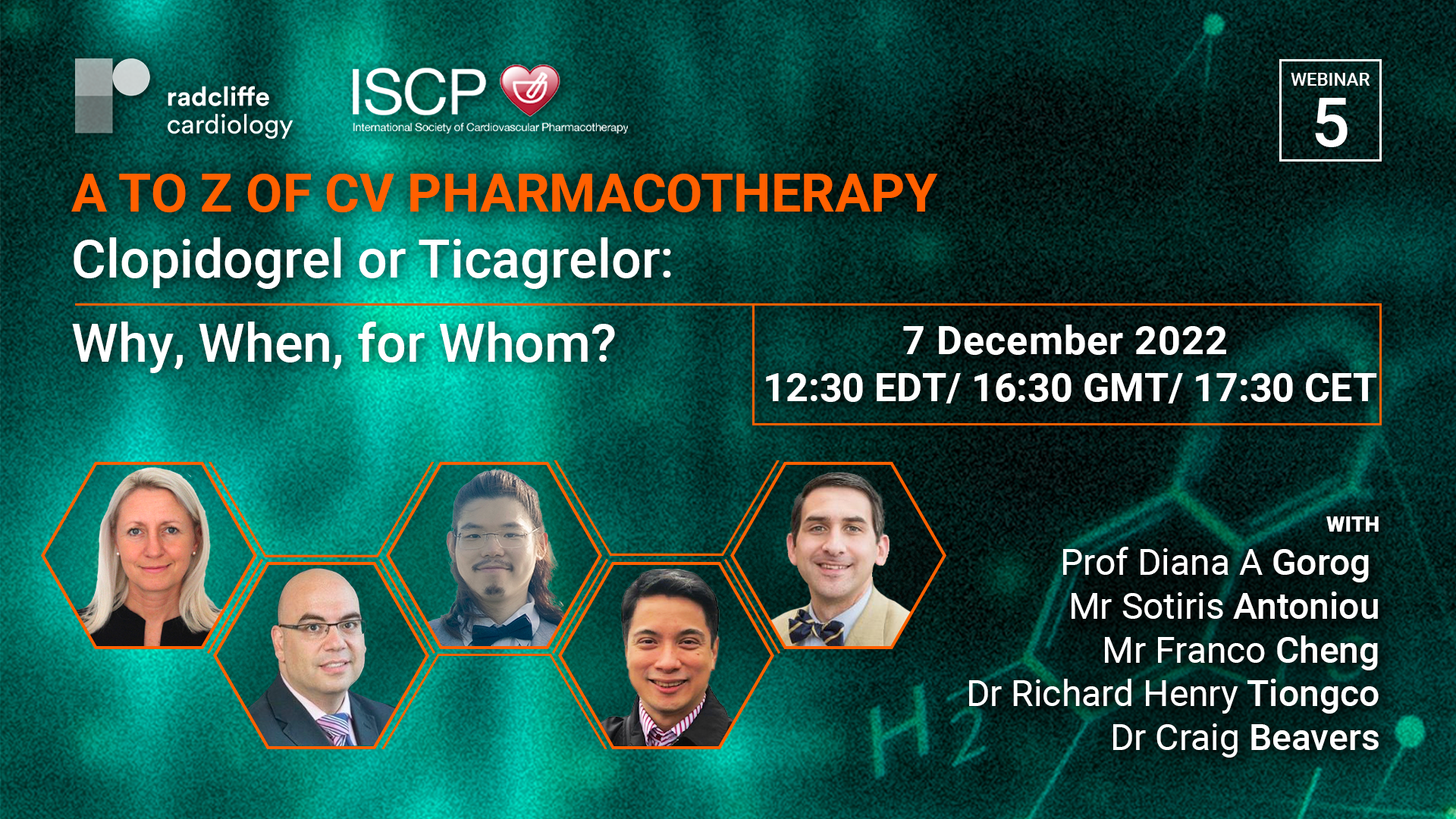 Dual antiplatelet therapy (DAPT), consisting of aspirin and a P2Y12 inhibitor, is the cornerstone of the management of acute coronary syndromes. Despite its proven benefits, the choice of P2Y12 inhibitors remains to be debated over the decades because of the differences in efficacy and safety profiles among these agents. In this 60-minute session by the ISCP focusing on the A to Z of CV Pharmacotherapy, we will examine the differences between clopidogrel and ticagrelor, the two most widely used P2Y12 inhibitors worldwide. We will also identify the patient groups who can benefit most and discuss the optimal treatment duration.
This session is the fifth in a series of six webinars from the ISCP focusing on the A to Z of CV Pharmacotherapy. Led by moderators Mr Sotiris Antoniou (UK) and Mr Franco Cheng (Hong Kong), it includes a speaker presentation from Prof Diana A Gorog (UK) and a discussion from panellists Dr Richard Henry Tiongco (Philippines) and Dr Craig Beavers (USA) that will examine the difference between two widely used P2Y12 inhibitors, clopidogrel, and ticagrelor, through consideration of real-world examples, live discussions and audience Q&A.

This live webinar is EBAC accredited. 1 CME credit will be granted upon confirmation of successful attendance.

This is an independent activity run by the International Society of Cardiovascular Pharmacotherapy (ISCP).